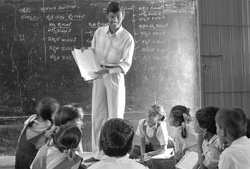 The Right of Children to Free and Compulsory Education Act, which was passed by the Indian Parliament on 4 August 2009. The Act is, without a doubt, a landmark event and India became one of 135 countries to make education a fundamental right of every child when the act came into force on 1 April 2010. It has been received with equal amounts of enthusiasm and scepticism. Either way, there are some serious implications for the different stakeholders involved. Here is a closer look at the Act.