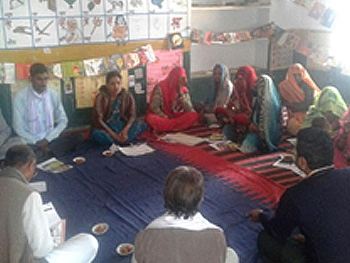 Prajayatna conducted 75 meetings with the Gram Panchayats and community at various levels in Chitrakoot and Bahraich districts during January-March quarter. 2346 people – including parents, teachers, panchayat members and department representatives – participated in these meetings. Issues like lack / poor condition of physical infrastructure, enrollment and retention of children in schools were raised and discussed in these meetings. During the last quarter, following infrastructure build-up has happened in the schools as a result of our meetings:

An amount of around Rs. 10,00,000 has been spent on the build-up/repair of these school infrastructure. This figure is just an estimate and is not based on the full-proof information.